Born and raised in Detroit Michigan, Daryl Beebe is a phenomenal and innovative saxophonist, producer, songwriter, composer, preacher, teacher, motivational speaker, counselor and Central Office Administrator for Wayne Westland Community School District in Wayne, MI.  Daryl received his Bachelor of Arts degree from Kentucky State University where he majored in criminal justice and minored in music.  He was a member of the university jazz, concert, and marching bands. During his undergraduate studies, Beebe began to focus on songwriting, production, improvisation, and poetry. Later, he received his Master of Arts and Master of Education degrees from the University of Cincinnati. He has performed and recorded with artists such as Kurt Carr,  Karen Clark, Teddy Harris, James Carter, Donnie McClurkin, Marvin Winans, Vicki Winans, Tim Bowman, Martha Reeves, Doc Powell and recently opened for Norman Brown.

This preacher and educator has many gifts and talents.  In 2002, Beebe and his childhood friend, Harry Patton, released their debut album, “The Covenant Project,” by Partners in Christ. The group followed up with their 2010 CD entitled “Called.” In 2016, Beebe released his first solo project, “Sonny Side Up.”  “Sonny Side Up” inspired listeners to look to the Son of Man and see the brighter side of life.
Read More 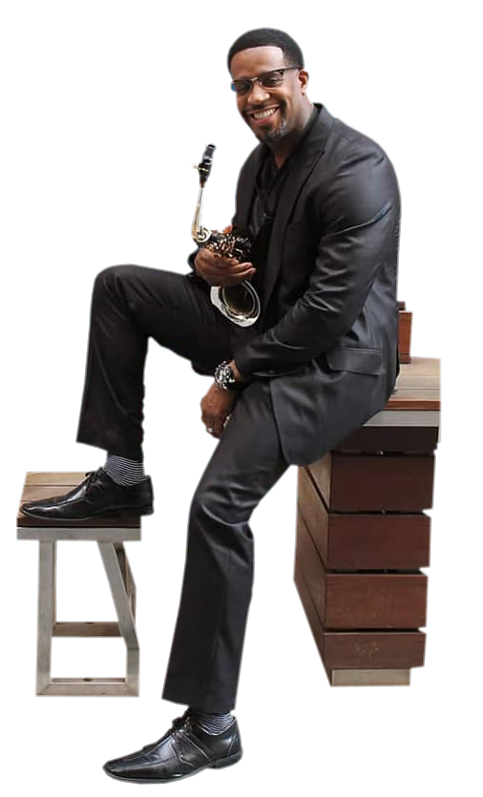 DG.com: Tell us about your new project.Daryl Beebe: This project, Seasons Change is an inspirational, intriguing, soothing, and uplifting collection of music that encourages listeners to look to the Son of Man to see the brighter side of life. Ecclesiastes says, “To every thing there is a season, and a time to every purpose under the the heaven.”  Produced by the great Mark “Polo” Dixon, this project is sure to relax as well as inspire you no matter what season in life you are in.DG.com: Any fun facts or trivia related to the project?Daryl Beebe: While creating the songs we realized that most of them related to weather, sun and skies.  Thus the title, “Seasons Change.”
Click Here To Read More

In the jazz music genre, it is rather difficult to obtain a record deal.  There are a few different routes to obtain a deal.  One way is to be a musician that plays at different bars and clubs throughout the country.  Another way is to be a back-up musician for a record label.  This route is generally the quickest route because the label already has knowledge of the person.  Plus, the person then tours with the main musician that hits it big.
Click Here To READ MORE

Beebe has been featured on DetroitGospel.com, Gospelflava.com, the morning news with Channel 4 WDIV in Detroit, the Motor City Praisefest, TCT, CTN, WDRJ 1440, Mix 92.3, and WJLB FM 98. Daryl is known for his rich melodious sound on Tenor and his ability to wow audiences with his incredible tone on Alto. In 2016, Beebe will release his CD, Sonny Side Up as well as the new single releases from Partners in Christ and the groups Christmas CD. Daryl is excited to work with Sax Dakota and looks forward to a productive future with the company.
Click To Read More
‍